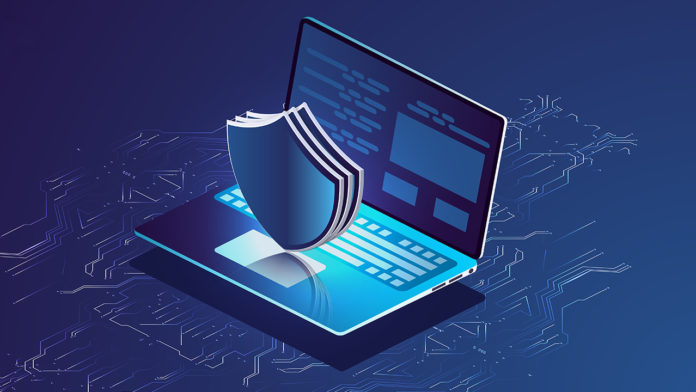 In this day and age, we have a disproportionate amount of our lives online. From social media to the things we search, we leave a giant footprint of our habits and behavior for anyone to see and analyze if we give them permission to. Even then, sometimes we find that we’ve given “consent” by merely being on the internet. That’s the funny thing about the web. It’s so seemingly innocuous because of constant daily interaction with it. We don’t even think of the ramifications of all our time spent. There’s a digital trail that we all leave, and the breadcrumbs always lead back to us. This leaves us open to things such as identity theft, hacking, and targeted attacks by whomever and for whatever reason. This is where a VPN comes in.

A VPN is your primary defense against these potential attacks. The aim of a VPN is to keep your data and your whereabouts private while you do what you do on the internet. But what is the best kind? Are there different kinds? What is a VPN anyway? To answer all your potential questions, here’s a thorough guide to help you navigate through the often jargon-laden explanations of global internet security.

What Is A VPN And What Is It Used For?

VPN is short for virtual private network. It’s the primary tool one can use to protect themselves while online. In doing so, this allows for more freedom, a lot more peace of mind, and assurance knowing that your data and movements are safely encrypted in a set of digital tunnels specially created to keep you anonymous. So what exactly does a VPN have to offer in terms of the user experience?

Even then, there are countries out there that have very limited access to the internet due to governments and other regulating bodies having a stranglehold on the information their citizens are allowed to have. As much as we may see this as a major hindrance to individual freedoms, not every country’s leadership feels the same way.

Before we get into how a VPN works, there’s a few terms we have to discuss. First is the server. The VPN server is what you connect to in order to encrypt your internet dealing and whereabouts. A VPN client is the software that you purchase and download that allows you access to these VPN servers. The VPN protocol is the means in which the VPN encrypts your information, thus giving you a secure connection.

How Do VPNs Work?

A VPN works by serving as a proxy point, through which you use the internet. The most common analogy to describe this is a tunnel. In fact, the ‘tunnel” idea is what is used by technicians and people behind the scenes of the VPN world. If you’re not using the best VPN available to you, you’re just on the road. You’re on the information superhighway. With the VPN tunnel, you’re insulated governments, trackers, hackers, and everyone else. You can be traced down to the exact physical location. Your unique IP address is highly accessible information and tells people all of this information—especially your location. When you use a VPN, the “tunnel” hides your IP address and it will be replaced by the location of the server instead. On top of that, it’s not always going to be a server in Western Europe or The United States. Most companies have access points all around the world so you can pick and choose which place you want to replace your actual VPN.

Now let’s get into the technical stuff. The means by which VPN servers encrypt your information is separated into 5 major methods.

VPNs are legal in most countries. We say most because there are still some holdouts. It’s pretty obvious which countries VPNs are illegal in. If you’ve heard a country on the news restricts their citizens’ access to information, you best believe a VPN is illegal. Some of the most notable countries are: China, Iran, Iraq, Russia, Oman, Turkey, Belarus, and Uganda to name a few. The legality of VPNs in these countries is that they’re completely banned. That’s not to say the people don’t have them. Some people most certainly do. But this is a more delicate subject that can delve a bit too deep into the technicalities of international internet use. If you live in any of these countries, do not risk it. There are ways for governments to somehow figure out that you’re using a VPN. And a lot of the time, these are countries that have a bit more harsh sentencing when it comes to any sort of crime regarding freedom of information.

There’s a bit of a stigma when it comes to using a VPN. Some have come to the conclusion that using a VPN is for people who are generally up to no good. This could not be further from the truth. The fact of the matter is that every person has a right to their own privacy. This includes internet usage. If you so choose to protect yourself while online, that’s your choice, and that choice should be honored. It’s like saying someone shouldn’t wear a certain type of shoe because bank robbers wear those shoes. That’s an archaic and largely unhelpful thought process that only holds someone back. So if you’re confronted with the dilemma of whether or not having a VPN carries a stigma, the short answer is: no, it doesn’t. Your safety is the most important thing. More so than old ideas about VPNs.

Where Can I Get A VPN?

You can get a VPN online, of all places. There are a whole bunch of websites that are dedicated to reviewing and picking out what VPN would work best for you in your specific situation. Some of them are free, although the free ones aren’t as secure as you would want them to be. Some of the best you can find go for about $8-$10 a month, paid out for the year. It may seem like a bit much at first. But that’s the average cost of a single small meal in any major American city. It’s also the price of some streaming services. So the price itself is actually quite reasonable. You are, after all, paying for protection from all the strangeness and potential hacking situations you may come across during your lifetime of internet use.

Which VPN Is The Best?

There is a big debate as to which VPN is the best. Well, the best answer has to do with what you’re going to use it for. If you’re going to use it just for daily use and streaming, there really is not much of a need to go for the high-level and extremely expensive ones. Now, if you’re a business that wants to protect client information, or a budding medical startup that has to encrypt patient data, you’re going to want to get the big guns out. In the end you want to assess the volume of traffic, the bandwidth, and the amount of time you’ll be using it. This determines how much data has to be funneled through the VPN (depending on which protocol is used) and how fast each component will be.

As secure as a VPN is, it is still not 100% anonymous, and that’s okay. The average individual running along the information superhighway through a VPN isn’t going to raise any flags. Most searches are clicked on repeated all over the world billions of times over. But if you’re being targeted by governments and certain surveillance agencies, there really is no telling how far ahead they are than the commercial sector in terms of figuring out who someone is. The primary means they do it (that we know of) is called browser fingerprinting. This method takes a composite of your operating system info, your settings, and hardware types and creates a unique ID based off of the varying degrees of criteria they can combine to make. It’s a crafty way big organizations track those they want to track and unfortunately, individuals have to take extra measures if this is the case.

The downsides to a VPN are few and far between. But using any program, especially for security isn’t without its bugs and shortcomings. For one, when you use a VPN, you’re going to potentially decrease the performance of your computer. It’s very likely that you’ll get a noticeable decrease in speed. But when you compare it to the lightning fast speeds we already have, one has to know that a decrease won’t really affect much of anything. The other downside is that there is a bit of a possibility that the service provider you go for is monitoring your activity and using your data. This is a very rare occurrence but this has been reported in the past. So do your research before you spend on a VPN that may not have the best reputation.

VPNs are an overall safe and effective way to go through the internet without worry or fear of being hacked or tracked. There are some limits to what it can do, but that’s true with any service, period. So if you’re ready to take your security to the next level, try out a VPN service and see how it works for you.

A total guide on Parachute Games: everything You need to Know is Here

Play and Download Online Games: How to Pick the Right Site

How Google Glass Could be Used in Education – An Infographic

Procedures On How To Find very good Online games On the...