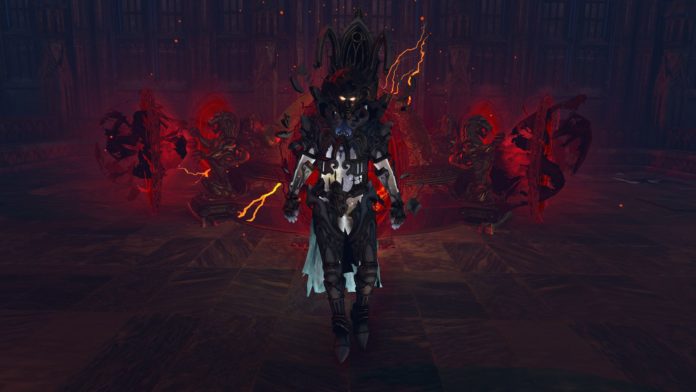 The latest Path of Exile patch has made some big changes, following the release of the Metamorph League.

Path of Exile developers Grinding Gear Games have released a new patch for the popular ARPG title. The main focus of the patch is to introduce changes to the Metamorph League, though there are a few general fixes worth noting to go with it. A lot of these fixes are to tackle issues following the release of Conquerors of the Atlas. So regardless of whether you are wanting to dive into questing, or focus on collecting your PoE orbs, there are changes that you will want to know about.

Before we get started on the changes, it’s worth noting that the game recently introduced the Metamorph League, and this is where the majority of the important changes are taking place. The Metamorph League sees players taking down monsters, then using their parts in order to build a boss. By doing so, players stand to earn a variety of rewards.

Players are able to customize the brain, eyes, heart, lungs and liver of the boss. Each body part has unique rewards. For example, some parts can offer a range of attacks, whilst others can help regenerate health. There is also the fact that they drop more PoE currency depending on the parts you choose which helps.

The new patch brings back the Convert Maps button, which you can find in the Map Stash Tab. You will also be able to create new instances of Tane’s Lab, which can be done by clicking on the World Map Pin and holding down the Ctrl button. Also, once Watchstones have dropped, players will be able to gain more quest information, which will alleviate many players who had grown frustrated with this feature.

Meanwhile, we have seen a damage reduction with the Purifier’s Weapon Throw, as well as the area of effect that it has. Peformance improvements can also be found, with Arctic Breath supported traps against packs of enemies now enhanced. Mines and Totems should now be of more use also.

Coming back to Tane’s Lab, the monsters that are killed there are now being removed, though it may take a short amount of time to do so. There is a change to the Map Tier of the Vinktar Square, in which the new map is now determined by Agnerod staves’ miminum item level in the vendor recipe. One other feature of note is the Hungry Loop unique ring, which cannot consume corrupted Support Gems anymore. Following this patch, players should notice better performance of trail effects.

The patch brings a few changes to Karui Shores too. This includes NPCs being moved to more convenient and less frustrating positions. There is also a Noticeboard and Event Noticeboard being added to the area. Finally, both the Karui Shores and Oriath will now be found in the same public party list.

Naturally, a number of bug fixes have been introduced into Path of Exile. Firstly, a bug has been fixed where the Monster pack size from the Booming Populace unique Ivory Watchstone wasn’t being applied to Maps. Catalysts were also suffering from issues, where they were having no effect on energy shield modifiers and Incursion resistance, which has now been rectified. Elsewhere, a bug has been seen to in which Swift Affliction and Awakened Swift Affliction could support the same skill. Finally, the Empower bug in which being consumed by a Hungry Loop unique ring that doubled the effect has been fixed.

Path of Exile continues to receive fantastic support from the dedicated developers at Grinding Gear Games. Hopefully the changes that have been made here will provide players with a smoother and less frustrating experience. The introduction of the Metamorph League has added an exciting new element to the popular ARPG title, and it should now be accompanied by a less buggy approach of gameplay going foward. So get ready to collect your PoE Orbs, maximise the potential of your build and head out once more into the vast world of Path of Exile, now with a few less bugs to deal with.

Have you noticed the improvements made in Path of Exile? Let us know in the comments section below!

What You Should Know About D&D Characters

How Do Digital Signatures work?

How to Use Gaming Headset on PC?

Why Video Games Can Help your Kids in School

Best games to play on Xbox One to kill the boredom.

Top 5 Minecraft Mods to Have Best Adventure in 2018

Best desk for gaming setup that will improve your health and...

Best and Highest Paying Affiliate Programs on a Pay Per Click...