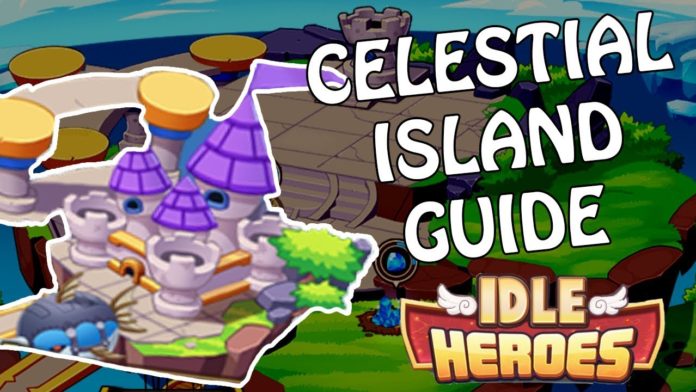 What’s Idle Heroes? Why it’s so popular?  Is it for real? Well, if you are a gamer, you know what is it all about!”Idle Heroes” a mobile game available for both iOS and Android. This game mostly focuses on different heroes with different skills. Each skill is quite different and unique. If you’re among those who like good graphics and amazing gameplay then this game is for you.

Also, it’s a majestic gaming experience that you can enjoy with your friends and people all over the globe.

if you are a beginner to this game, keep reading, the Idle Heroes hero ranking guide will give a clear idea.

We have listed almost everything you mind could think of about this game.

So, let’s Get Started!

It is something a beginner is always curious to know about?

Well, every idle heroes’ player thinks about making the choice of its hero. And as a matter of fact, you can’t deny the fact that a tier list is not something on which everyone agrees.

Hence, we saved your time!

we have an updated tier list that will surely give you an idea about choice We have not just listed the 5-star idle heroes, but all heroes of different rating.

Well, it’s a mean of the Aspen Dungeon, Pray for Fire, Guild Raid, Broken Space, and lastly the Tower of Oblivion.

We have updated all the heroes up to Rogan. Moreover, there’s testing going on for the newer heroes to add them up in the list.

Moving ahead, figuring out what’s a watcher all about and what’s make the Heart Watcher unique?

Heart Watcher is said to be the best support hero in the Crusade. She has a Watcher Mark mechanic that makes her a supporting hero. Her ability of Mind Torture and Weakness Strike that comes up with the Watcher Mark eventually increase 20% damage rate.

This Watcher Mark ability undoubtedly list as the best heroes with a unique and also with a supporting label.

Is the best warrior? Let us uncover the facts about King Barton and his power and weakness.

He is said as the most boring character as he gets damage to get stronger!

Furthermore, he can attack four enemies at once and has a 25% chance to stun them at least for two rounds.

But, let’s not be discouraged, it is still considered as best because of its reactive power ability.

Curious to know, Who else this game talks about?

Who is the best healer Vesa or Belrain?

When it comes to healing, Vesa is on par with Belrain.

Want to know What Vesa does?

Well, as matter of fact, she heals! Similar to Belrain doings!

And that’s what makes her tough! She is a wonderful healing support for your team and the best is that you can get her 5 start copy for free.

To get this copy you have to reach the stage 7-20 of the campaign.

Treasures in Idle Heroes are known as Stones or Gems. This is said as a type of gear only available to Heroes.

These Stones in Idle Heroes are said as a different type of equipment. If you are eager to grab this Stones now then Hold On! These Stones are locked to individual Heroes which means one Stone with one Hero.

Apart from this, the Stones get unlocked only when your Hero reaches the 40th Level.

Why there a need to upgrade this Stone?

Upgrading this Stones will undoubtedly randomize its stats.

Now, the question arises- How to upgrade this Stones?

To upgrade this Hero Stone, you have to use the Magic Dust or can also from Gold cost.

Wondering, how to classify this Stones?

Well, that’s as per tiers! This tier can be represented by the respective colours on the stones. Also, to classify their respective powers you can relate it to the number of stars.

Below we have listed this Stones with their respective number of stars.

Why Choose Jahra over other Heroes?

Jahra is well congruous and also top end for both the PVE and PVP. However, it’s been said by many players that she’s not the one to relay at the end or as an end game material.

Yes, it’s true that 90% of players will never end up game competitive.

Furthermore, what is a game without a monster, right! But you we have the best ones in the list!

Curious to know who is Idle Heroes best Monster? When you can unlock your Monster function?

It’s never been easy to figure out the best it depends upon various factors and ability. You can unlock your Monster function at Level 70. A Monster buffs your team and apart from this has its own ability to activate. But you can’t say it a basic attack.

How many Monster at a time?

It’s fixed to have one monster active at a time per team. For more update, you can check out the Idle Heroes monsters guide.

Monster Souls for what?

How much you need this to max a Monster?

Well, roughly it cost 800M Gold, 144K Chaos Stones and 691K Monster Souls to completely max out a monster. Here is the list of Monsters and their Monster soul requirement-

Wolf :It requires 240 Monster Souls to activate at level 70.

Deer: A Deer requires 320 Monster Souls to activate, it’s also been said that the Deer team loses to Wolf and Phoenix.

Fox: It requires 320 Monster Souls to activate apart from this Fox team win over owl and wolf.

Dragon: A Dragon requires almost 410 Monster Souls to activate and said to give a tough fight to any other monster team.

Snake: This also requires 410 Monster Souls to activate and according to many gamers, Sake is said to list among the best monsters.

Boulder Golem (Rock): It’s a mighty giant and can stand against high damage. It requires 410 Monster Souls to activate.

Ice Golem (Ice): It has an ability to freeze the defences and also stand against high damage. Ice Golem requires 410 Monster Souls to get activated.

Phoenix: Said to be the best Monster for its amazing abilities. A Phoenix requires a total of 410 Monster Souls to get activated.

Wondering, Why Phoenix is said to be the best Monster?

To be honest, the reason behind this could surprise you.

Phoenix is a kind of a hybrid monster having the characteristics of both Wolf and Deer. Apart from giving a decent amount of damage it also heals up your heroes while an attack.

That’s all about the very famous mobile game Idle Heroes.

After acquiring all the knowledge, congratulations! You are Pro!

So, it’s time to start activating your heroes. If you are already a player then surely you must have found our article informative.

How To Date In Clash Of Clans?