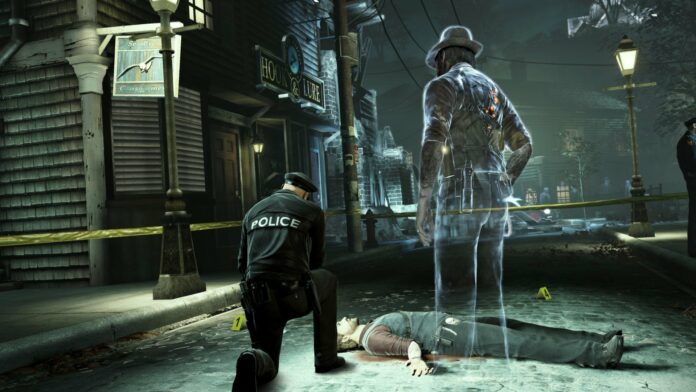 We all love a good mystery. And the more convoluted the plot, the better. Literary works of crime fiction have sold millions worldwide, from cosy crime novels to edgy thrillers. But while masters of the genre like Agatha Christie and Harlan Coben are hard to beat, the gaming medium offers an even more immersive means of solving the most puzzling of crimes.

As story-driven as they’re thrilling, mystery murder video games are the perfect vessel for collecting clues and interviewing witnesses before nailing down the culprit in cathartic fashion. So, are you up for using your little grey cells? Here are four murder mystery games to play it like a detective.

Granted, the Ace Attorney series is all about bombastic trials and epic court battles. Still, all cases revolve around a murder mystery to solve. The original trilogy puts you in the shoes of rookie attorney Phoenix Wright. With impeccable instinct, Wright only defends the innocent. To clear your client’s name in court, thus, you need to investigate multiple locations to gather clues and interrogate witnesses, a number of whom might be less than cooperative.

The trial phase then puts your attorney skills to the test, as you must use evidence and intuition to pin down any contradiction in the witness’ testimony. Three mainline games and several spin-offs have followed, introducing new playable attorneys and gameplay mechanics. But this iconic series of interactive visual novels has lost none of its fun and cunning over the years, boasting as many bigger-than-life characters as tight mysteries and emotionally gripping narratives.

Developed by the man behind the Ace Attorney series, Shu Takumi, Ghost Trick is somewhat of a hidden gem. This adventure game essentially bombed commercially. Still, this point-and-click entry stands out among its peers for its clever spin on the formula. The game kicks off as a ghost named Sissel regains consciousness, only with no recollection of his past. Spotting the corpse of a man in a nearby junkyard, both the player and character deduce it might be Sissel’s dead body lying on the ground. But as a bodiless spirit, you can now haunt objects and manipulate them to achieve your goals through special abilities.

These so-called “ghost tricks” also allow you to go four minutes back in time to prevent someone’s untimely death. However, you quickly realise there’s more than meets the eye about Sissel’s passing. And this quirky game of brain-scratching puzzle-solving and out-there dialogues sets you out on an exhilarating investigation with the help of a young detective.

Is there more legendary a detective than Sherlock Holmes? Penned by Sir Arthur Conan Doyle in the 1800s, the wizard of Baker Street and his adventures captivate readers to this day. And gamers may be equally enthralled by the long-running Sherlock Holmes series developed by Frogwares. Newcomers to the series have much to uncover, from an epic crossover with Arsène Lupin to a face-off against Jack the Ripper. 2014’s Crimes & Punishments remains a crowd-favourite, though.

The world’s greatest detective also appears in countless titles on PC and console. Even the iGaming industry developed an array of Holmes-themed slots. Top online casinos offer several promotions to give them a try, including no deposit bonuses. These bonuses are easily claimed, for they don’t involve depositing any money. They may range from free spins and chips to fixed cash. As such, they’re the perfect opportunity to test a website’s catalogue risk-free.

At first glance, Disco Elysium might look like your average RPG. But it turns out this indie gem is not so easy to categorise. And elements of murder mystery make it a compelling addition to any mystery-loving gamer’s list. As the player character wakes up sluggish, they find themselves taking up the role of an amnesiac detective with a heavy drinking problem.

Barely cured of his hangover, the character is called upon to investigate the enigmatic demise of a man. While the victim’s identity is unclear, initial investigation suggests he might have been lynched to death. Thus, your goal is to get to the truth of the matter in an open world full of NPCs you can engage with to unlock precious clues. Disco Elysium introduces unique gameplay, though, as you navigate skill checks and dialogue trees. If a bit text-heavy, this one-of-a-kind first-person novel shines with its masterful narration and sheer storytelling depth.

Hilarious Gaming Memes Only True Gamers Will Get!