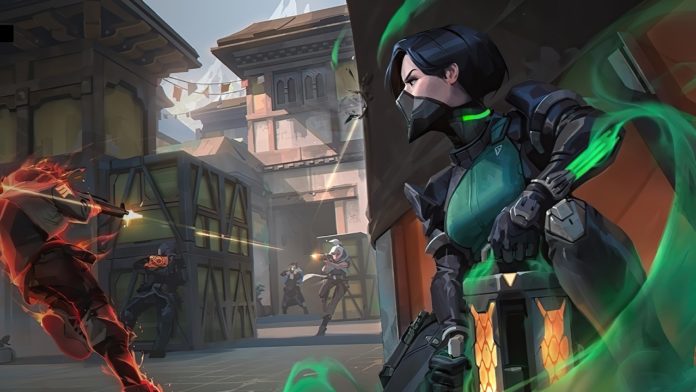 Getting into Valorant can be intimidating for players new to first-person shooters or to gaming in general. Without prior knowledge you’ll definitely have a difficult time adjusting to the fast-paced nature of the game.

Fear not, though! These five pro player tips, along with a sprinkle of Valorant boosting, will help you learn the game faster and start tapping some heads.

Before you load up your Valorant game and play a few games, you need to make sure all your settings are in check. It’s just like when you’re preparing to drive; you have to make sure all the controls, the screen resolution, everything is in order before starting a game.

Most importantly, you have to get your sensitivity right! Sensitivity (or sens) is gamerspeak for how quickly your crosshair moves across the screen. There are many ways to find the optimal sens for your set-up, but a general rule of thumb is you should be able to do a 180-degree turn with one motion of your wrist (or arm).

Head to the Range!

One of the things that make Valorant a lot more beginner-friendly is The Firing Range. This is a built-in custom mode that is basically a beginner’s paradise. Here, you can either train our aim on dummies, practice spraying your gun, or simulate planting or retake scenarios.

When you’re starting out with the game, we highly recommend going into the practice range and shooting a few bots before you start up a game. Just press the practice button (highlighted below) and you’ll be taken to the Range.

This is one of the cardinal sins in tactical shooters like Valorant. Unlike in Call of Duty, your gun becomes inaccurate when you move. You can test it out yourself: go to the Range and try shooting while standing still, then try shooting while moving forward and backward.

As a beginner, concentrate first on not moving too much while shooting. When you’re more experienced, you can try practicing “counter-strafing”, which is an advanced concept.

Maybe you’ve watched a bunch of Valorant clips beforehand. Perhaps you’ve seen Tenz do some insane Jett 1v5 outplay. Or maybe you’ve seen one too many Flights TikToks and want to do the double satchel jump.

But here’s the brutal truth: you’re not good enough at the game just yet. You have to focus on the basics first: shooting and learning the map. Pick a beginner-friendly agent like Brimstone or Phoenix to learn the basics. Once you’ve mastered the basics, then you can try the skill-intensive agents like the newest release, Chamber.

If you’re a basketball fan, you likely are familiar with Kobe Bryant’s Mamba Mentality. It’s basically a mantra that dictates that you have to try to be the best at everything you try and win everything humanly possible.

While we don’t recommend going as crazy as Bryant’s dedication to winning, his “play to win” mentality is incredibly helpful in Valorant. When you try to win all your games, you improve naturally as a result. It may be slow, but eventually, you’ll see the results.

So there you have it! Five tips to help all the beginners out there in their Valorant journey. Competitive Valorant has always been demanding. With flashes and ultimates causing the game to slow down in frame rate, you wouldn’t want that to happen in a ranked match, would you? So, assemble PC from the MVP for the best performance possible at an extremely reasonable price point.If you’re struggling despite these tips, a little boosting has never hurt in the learning process. Most importantly, though, enjoy the game. Despite it’s difficulty, Valorant is a pretty fun game. Invite your friends over, and go enjoy the game!