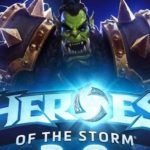 If it ever comes to your mind “Can I run Heroes of Storm on my PC,” it surely has to do with your pc system specs. Heroes of the Storm system requirements are not really much of hurdle. Let me tell you, oldest Windows operating systems like XP and Vista is capable of running the game in your computer. That’s just a hint, hold your horses.

Heroes of the Storm for PC

It is one of the best multi-player online battle arena games available for Windows and Mac OS. Heroes of the Storm game was initially released in 2nd June, 2015 by Blizzard Entertainment. The free-to-play online multiplayer battle game comes with a diverse cast of gaming characters that were seen in Blizzard’s Warcraft, Diablo universes, Overwatch, The Lost Vikings, and StarCraft. All these characters are set to challenge each other in many epic battles.

The game has a lot of depth and beautifully balanced not least perfect though; and every characters set in the game is a blast to have fun with. In case you haven’t yet played any MOBA game before, HOTS (Heroes of the Storm) is a hot one to start with. It contains less complexity, easy to start, quick to play, and their community is a fountain of ideas.
Even if you are already familiar with the other MOBA games, Heroes of the Storm is definitely a big catch with all those iconic Blizzard characters, and has a handful of polish and very less technical hiccups. While most of the MOBA games are focused on almost the same strategy that counts as jockeying for a good position and a certain place to attack or defend, that sounds a lot like football game.

In HOTS on the other hand, you don’t have t play position. Instead, you can focus on the power and abilities of your champions. Killing enemies, destroying buildings, or protecting own teammates, each of the roles are defined broadly. However, their way to achieving the missions varies.

Every character in the game you chooses to play as your champion can be customized as your style. Two different models are available of these heroes, one is free-to-play, and other is a premium model. You can use micropayments to purchase desired high powered heroes, and other ingredients to customize your character. You can team up with your or other players from across the globe and play against other teams. Heroes of the storm contains a wide range of playing modes to suit with all kind of player skill levels.

In the Co-operative mode, you can team up to play against computer generated foes. Quick match mode lets you to select a dual mission where you fight against your opponent individually. When you become an experience player, you can team up with people of the same level skills and get on a highly competitive battle.
Without a doubt, Heroes of the Storm is an addictive game to get busy with and one of the best MOBA games for Windows and Mac so far. Well, it’s time that I reveal the Heroes of the Storm requirements for you. You may release your horses now.

Heroes of the Storm Requirements

Heroes of the Storm Minimum Requirements

Heroes of the Storm Recommended Specs

Though the above minimum specs for Heroes of the Storm will smoothly run the game on your PC, if you wish to run the game better, get these Heroes of he Storm recommended specs on your PC.
Operating System: Windows 7, Windows 8, Windows 10 (Latest version with 64-bit)
Processor: Intel Core i5 or AMD FX Series Processor or above
Video Card: GeForce GTX 650 or above
RAM: 4 GB
Hard Disk Storage: 17 GB Available
Input: Required Keyboard and Mouse
Resolution: Minimum 1024 x 768
Pros and Cons of HOTS
Heroes of the Storms are a great game fron MOBA genre. Nevertheless, it comes with both the pros and cons. You might want to take a look at these before get started with the game.
Pros:

As you now that every MOBA games requires a strong internet connection, in case you don’t have the broadband connection as recommended above, a good internet with personal hotspot (4G or above) also may work fine for you.
The game runs great with all the mid-range PC specs and is very much interesting to kill leisure time with. So, what are you waiting for? Assemble your PC with the recommended Heroes of the Storm requirements and start playing today.

Know How To Feed A Pokemon In Arceus Legends!

How To Use Limit Break Ffxiv