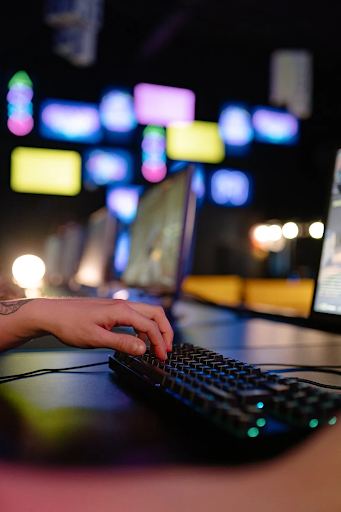 The first football simulator appeared back in 1994, and during the existence of the franchise, FIFA has constantly changed and progressed until it reached its latest version at the moment – FIFA 23.

What a Newbie Needs to Know

When you first enter the online mode, you will need to choose a team whose colors and flags you will defend. There is one difference – you will not receive a full-fledged composition of the selected team, but spare players and 10 sets, of which you will receive 10 random players of different levels.

The system for obtaining football players, including world stars, is associated with sets, of which there are four in FIFA 23 – bronze, silver, gold and special.

The same player, but obtained from different sets, will have different characteristics, and hence the strength and influence on the playing field.

Special sets allow you to get world-class players, or just strong performers.

You can always follow the link – https://skycoach.gg/fifa-boost/fifa-coins and buy the right amount of coins to build your first strong squad.

For victories and defeats, you will move forward, or vice versa, lose positions in the division with other players.

You can always put a player you don’t need in the transfer window, or vice versa buy the player you want, but be prepared to pay the amount that the gamer-seller will request

Classic career mode in which you choose your favorite team with a full line-up similar to the real prototype in the football world and start your journey as a coach with full access to team management.

You have to play in the championship and in the case of winning prizes at the end of the season, get the right to represent the country in the Champions League, or Europe, depending on the place taken.

Play in PRO mode – this is a format in which you create your player, or yourself personally thanks to an advanced editor, choose your favorite team and start your journey from a substitute player to a member of the national team and team captain.

Depending on the benefits that you bring in matches, you will progress in the team, and you will be released on the field more often, and then completely fixed in the first team. Gradually, you can even get the right to wear the captain’s armband and take your players to the field.

There are many activities in online mode for all players. They are needed for training players and mastering game mechanics and earning coins.

Regular matches between random players from the same division. Winning or losing still brings coins, but in different amounts. Also, your current place in the division will depend on the result of the meeting – it may increase or decrease. After accumulating a certain number of victories and rising higher, you can move to a higher division to play with stronger opponents. With constant defeats, on the contrary, you will sink lower and lower and may lose your place in the division.

Do not worry too much about this, since the divisions reflect not only your real level of play, but also the strength of your squad, if you constantly engage in strengthening your players, then you will always move forward, albeit not always very quickly.

EA Sports regularly hold tournaments within the framework of FIFA itself, where everyone can take part.

Players will be divided into many pairs, where everyone will play with each other for elimination from the tournament.

Each place taken is a prize and is awarded with coins, but only the winner will take the largest amount of coins as a reward.

Tasks are updated every day and once a week

The tasks are not difficult and related to football activities – ball selection, goals scored, crosses and corners, not getting cards and so on.

The progress of the task is carried over from match to match, and in fact you just need to have time to invest in the time period in order to regularly receive additional coins. Especially keep track of weekly tasks – they can be completed in a couple of active days.

Use feints to flank defenders and unlearn the breakout run – live players, not bots – this won’t work against them.

Use the tactics of playing fast and long passes, to control the ball, try out the opponent’s defense and lure opponents out of position to move forward.

Use the flanks and work on strengthening them – this will help you avoid opponents’ attacks and skillfully counter them and carry out your attacks. Wing attacks can bring a quick goal if your players are fast and technical enough, but often you will need to transfer the ball to the other flank, or to the center of the field if there are open players ready to receive the ball.